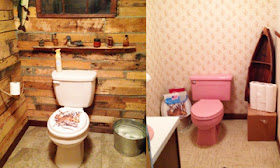 This project is one that I helped my dad visualize.  I didn't do much of the work.  Long story short...Mom and Dad decided to move. (kept the house we grew up in for a rental) The new house is bigger, AND...an extremely well-built full brick ranch with a walk-out basement.  Their dream home.  Actually-mine too!  It's perfect and we all love it!  It's still close to where we are, where my older brother and his family are, and the old house.  It's great for holiday gatherings, has an open floor plan, and the basement is my dad's dream.  The old house had a basement but it was not functional.  More like a cellar to store canned goods and hide in when a tornado came.  It was frightful to say the least.  So, like I said, My dad did most of the work.  I just got the project going.  They moved last summer.  After having lived in one house for 25 years, you begin to acquire a bunch of crap!  So, Dad kept telling all of us that he wanted absolutely NOTHING!  He was a little burnt out if you catch my drift.  So, since his "man-cave" half bath in the basement boasted a pink sink and toilet, I decided to get him a faucet and a galvanized bucket for the sink.  And, yes, I meant to type that.  I was inspired by this...

PERFECT!!!  So, for the "rustic" look, I went with this faucet from Home Depot.  It's expensive but it was his Christmas gift.  For the sink....I got him a bucket similar to the picturebbelow..  And we went through two of them.  On the first one when we drilled the hole, we cracked the bottom.  No worries, it's now the trash can.  We were more careful on the second one. We got the bucket from Rural King.  Be sure if you're doing this to use silicon to seal the bottom to prevent any leaks. 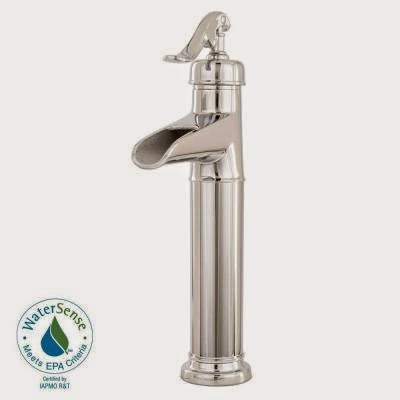 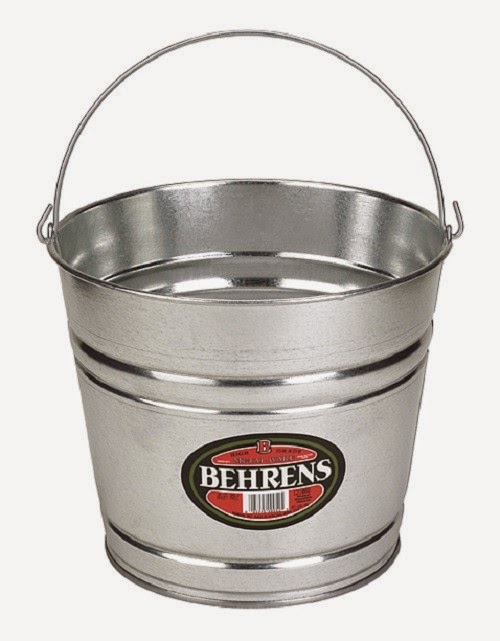 I had some left over river rock tile that we used for the sink top and back splash.  So, I did that.  He came up with the ideas for everything else.  Here are some before pics. 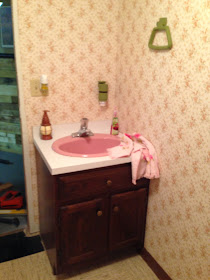 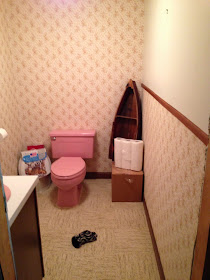 And, here are some after pics... that's the same vanity that was there.  Dad just used more pallets to redesign over it.  And he ripped out the adhesive tiles and put in a new ceramic tile floor!  I did the back splash and "vanity top".  And we did replace the pink toilet with a white one. :)  Dad completed the toilet by adding a deer seat for the man cave.  The TP and towel holders are antlers dad had laying around...and yes, there are lots and lots more of them! 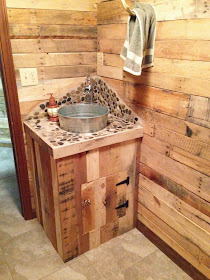 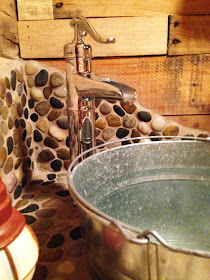 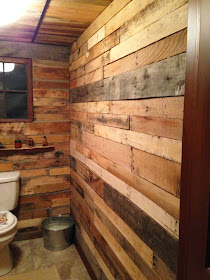 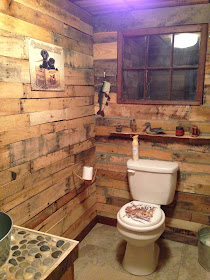 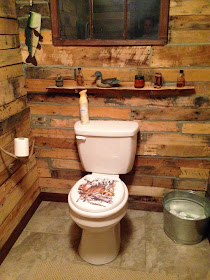 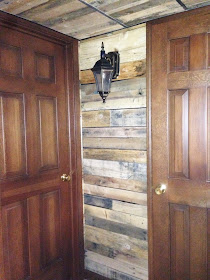 The layout of that area is different.  Here are my "best" sketches to show you what he did.  And yes, he even used pallets on the ceiling and added a motion activated (outdoor) light to the man-cave outhouse!  My dad is amazing!  Wait until I show you what he did in our new house!!! 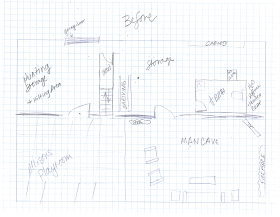 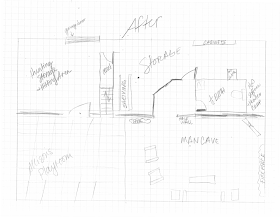 He spent days breaking pallets up...if you're going to do this...or something like this, be patient!!!
We are waiting on the picture to go in the window behind the toilet, and I'm in the process of making the mirror.  But I couldn't want to share. 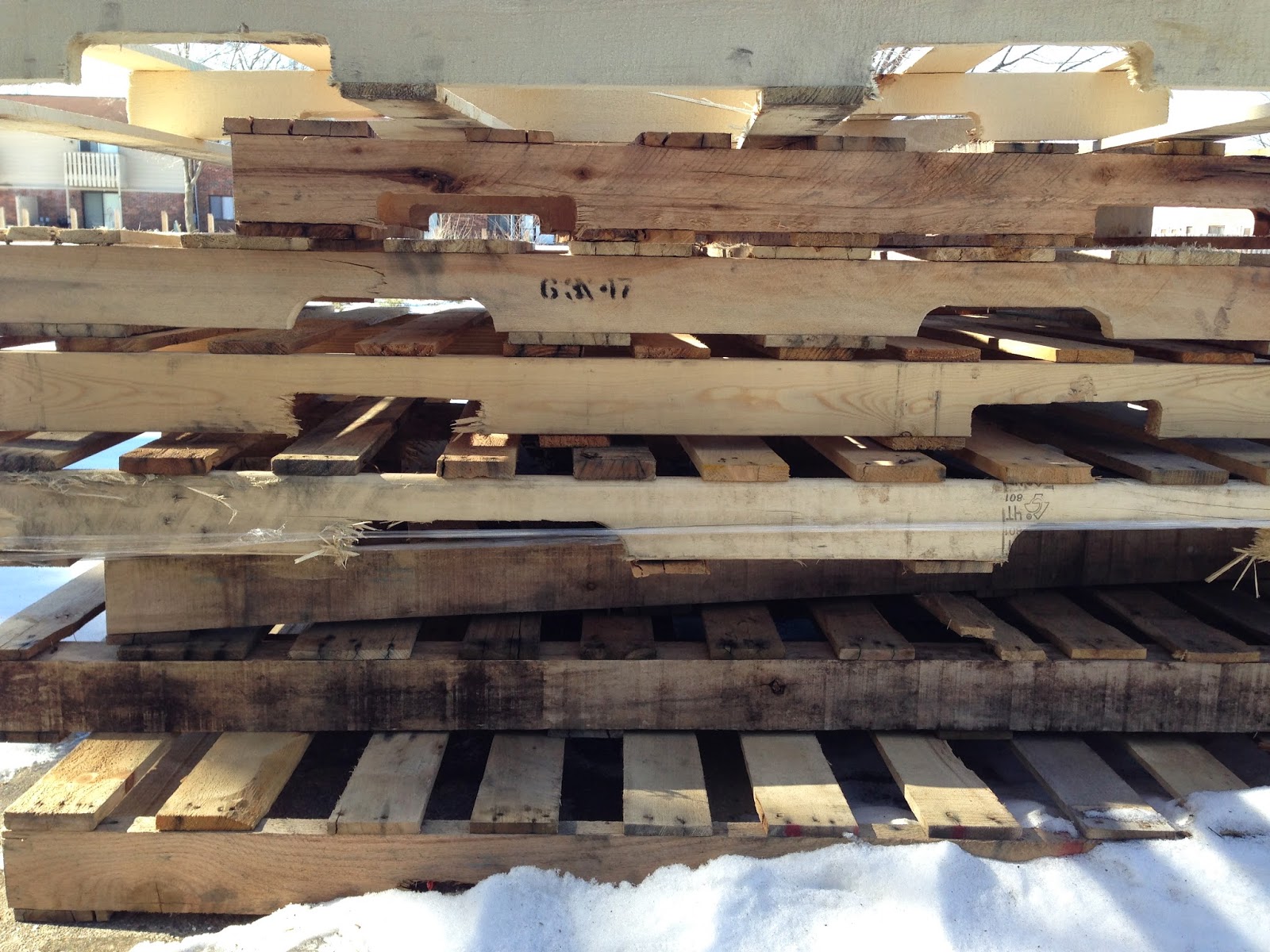 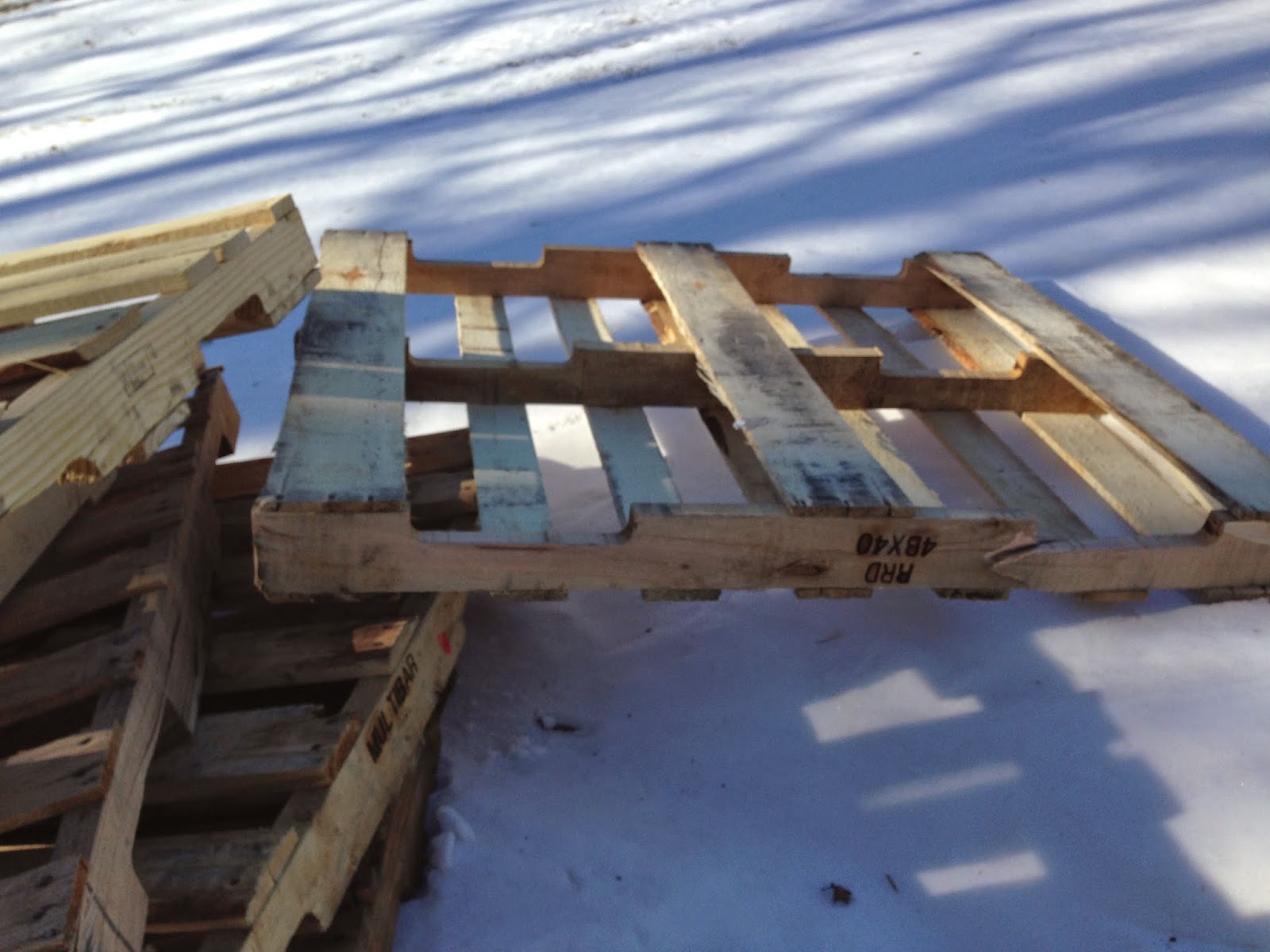 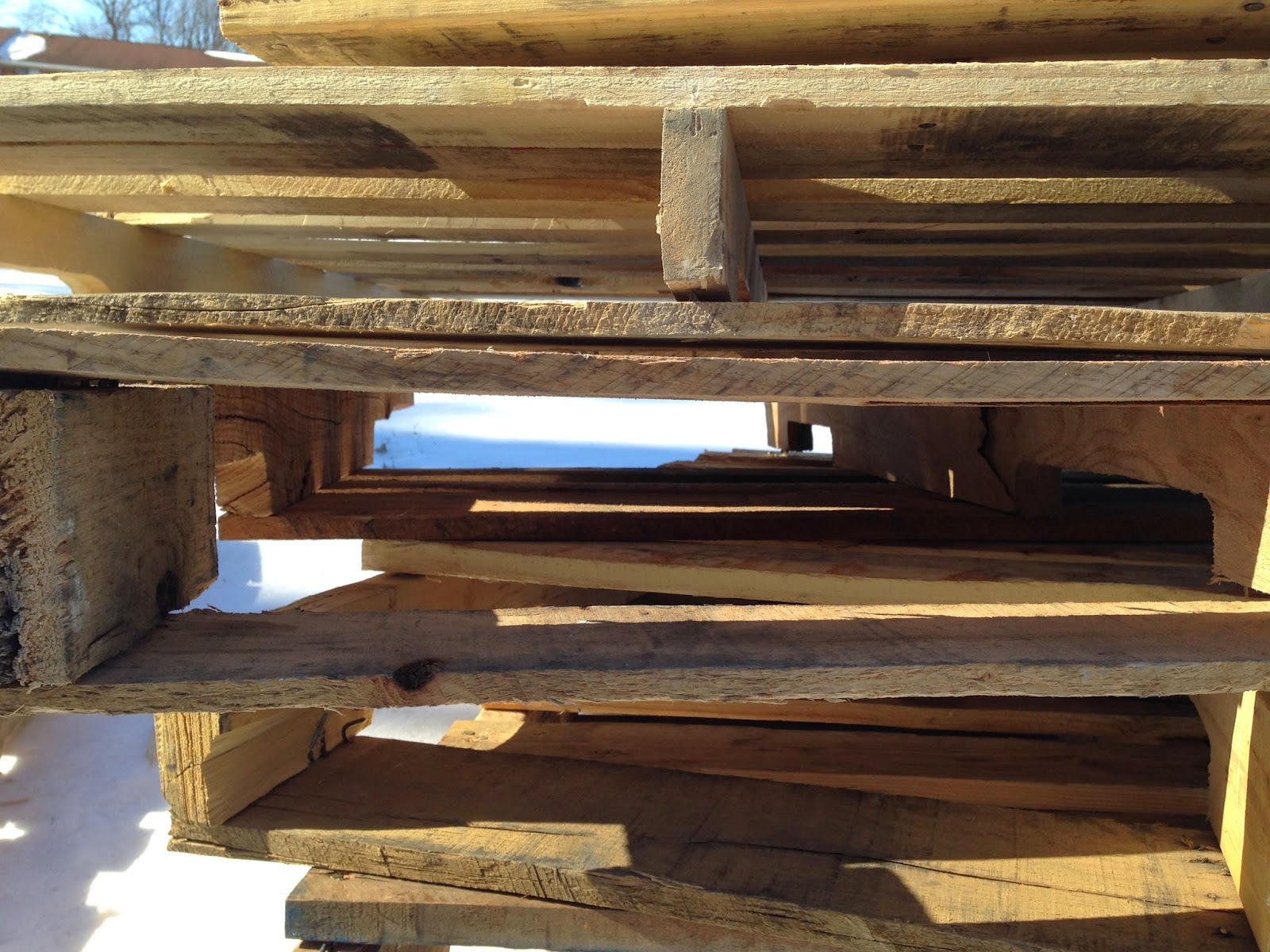 Thanks so much for stopping by! Comments make my day! Do not panic if I don't get back to you right away! It probably means the little monsters have broken something and I'm fixing it!